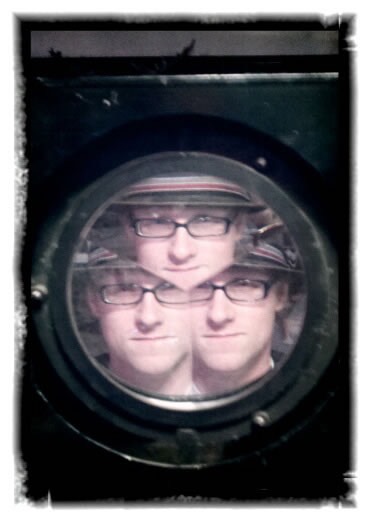 John Bobek does not want you to define him.

"I've been in the entertainment industry for a little while." Bobek says. "For the longest time, people tried to give me the whole, oh, you're 'this' meets 'this' thing, and I always thought, 'oh, okay, but I think I've got a little of THIS too', and eventually people got sick of me adding aspects of myself to the list they'd already created. So I jus

t got into the habit of saying 'I'm mostly like John Bobek.' " He laughs at this, but it's obvious that he doesn't much like talking about himself. "I'd rather just play you a song."

John grew up outside of Milwaukee, Wisconsin, brought up on everything from the Rolling Stones to Dmitri Shostakovich. "My Mom and Dad brought me up on everything they could shove into my ears. A lot of it I wasn't really ready for until I hit college, but it was cool to have parents who introduce YOU to Radiohead, Tom Waits, and Nine Inch Nails...you know?" He played in different bands in Wisconsin, but while attending Marquette University, a different "bug" hit.

"I made the choice to move to Los Angeles to become an actor, and I actually got lucky enough to make money doing it. So music hit the backburner for a little bit, since if I'm doing something like creating music or acting, I throw myself into it as hard as I can. So sometimes, it's hard to fit everything in when you're doing that. But it doesn't ever hit the backburner completely, of course. I can't live without music in my life. Even if I'm crazy busy, I'm always playing guitar, singing, writing little melodies and words for myself or for my friends, but I haven't been really concentrating on moving forward with any of it professionally until lately." His eye catches something in the distance, and he's silent for a moment. "I'm glad to be concentrating so hard on music again, though. It's like coming back home."

At the end of 2010, John looked over the songs he had written over the years and chose the four he thought would do best with a professional recording. He hooked up with Jake Schaefer, an artist and producer who had been recording since he was 18, and was hungry to try his hand at fully producing an album on his own after co-producing a wide range of projects. The two of them stepped into Studio 3 at EastWest Studios in Hollywood, famous for being the room where the Beach Boys recorded "Pet Sounds" and the Mamas And The Papas cut the classic "California Dreamin' ", and "I just started buzzing. I knew I had to record there." Everything was set up, ready to go, and Jake and John created the EP "I Will Be Yours" including the songs No More, Stay, Eyes Cry Red, and the title track, I Will Be Yours. "It turned out better than I could have hoped. It's crazy! The bridge in 'Eyes Cry Red' has close to 50 different things going on, musically. But it doesn't sound muddled or overproduced. Jake and Jeff [Ellis, the EP's Engineer] were incredible. I'm very lucky. These songs are really special to me, and to hear them like this makes me know just how lucky I am to be doing what I'm doing."

After listening to the EP, I wonder about the reasons why some of his love songs take a darker twist. He laughs a little at this. "I know! I don't look like a dark guy. In fact, I'm pretty pale. But, you know, I listen to my songs, too, and I know that someone could get the impression that I'm some dark, brooding musician, sitting in a corner, sipping rye whiskey and hating life. I'm not. But I don't want to shy away from putting some dark feelings into music. Love has it's dark days as much as the light ones, and I want to explore every aspect of what it is to be someone in or out of love."

So does he only want to write sad songs? "Oh, no. No, no no. Love is awesome. And even my 'darker' songs have light edges. I mean, in 'No More' he's remembering all the great things about this girl while trying to convince himself that he doesn't need those things anymore, so there's a conflict there, but it's certainly not all dark. That's the hard part about Love. Or anything, really. Things are rarely ever black or white like that."

I ask him what the future holds. He smiles. "An album. Or five. I just need to get it out there. I have a lot of stuff I want people to hear. And some stuff that I'm totally freaked out for people to hear, but I know have to get it out. There's a little of both on the EP."
← back to home